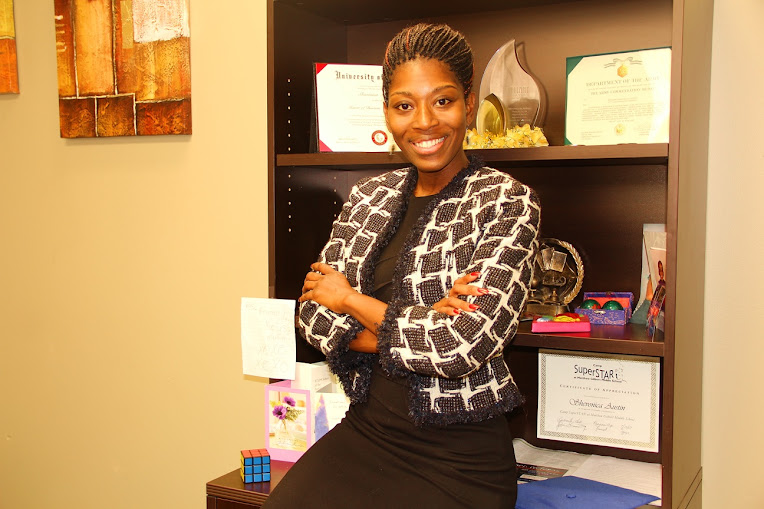 Academy of Scholars, Inc. is committed to nurturing, teaching, and motivating all students using diverse teaching styles and strategies that are kid-friendly and in accordance with local, state, and nationwide standards.  Academy of Scholars, Inc. promotes integrity within the school and the community that enables students to be proud of their surroundings while adhering to the values of the school.

The Academy of Scholars, Inc. family believes that determination, commitment, responsibility, and self-motivation are the keys to the success that will overcome the challenges of our present society; and with these values, we are confident that our students stand a better chance of achieving great things.

Academy of Scholars, Inc. is also devoted to ensuring our parents and our community members/leaders feel welcomed as volunteers and stakeholders in the success of our children.

Ms. Howell is a mentor, math tutor, and an author. Ms. Howell is the former SGA Vice President of Nova Southern Eastern University (2014-2016), and she has enjoyed the title of Education Chair with the Coastal Georgia Chamber of Commerce (2013-2015). Ms. Howell has also held the title of Business Department Chairperson, Business and Math Professor, and Assistant Dean of a local college in Jacksonville, Florida (2012-2016).

To date, Ms. Howell continues to be a community activist. She has participated as a volunteer motivational speaker for more than fifty speaking engagements (2010-2016), including the event hosted by Gloria Steinam and Dorothy Hughes at the University of North Florida (2011).

“Determined to be more than what they say I will be, motivated enough to push for what I want to be, and destined to be what I was born to be…A TESTIMONY!" (S. M. Howell, 2013)

“I AM A SCHOLAR”
I WILL BE SUCCESSFUL
I AM CREATIVE
I AM HUMBLE
I AM OBLIGATED TO DOING MY VERY BEST.
I AM LOYAL, AMBITIOUS, & READY FOR ANY & ALL CHALLENGES OR
OBSTACLES THAT MAY COME MY WAY…